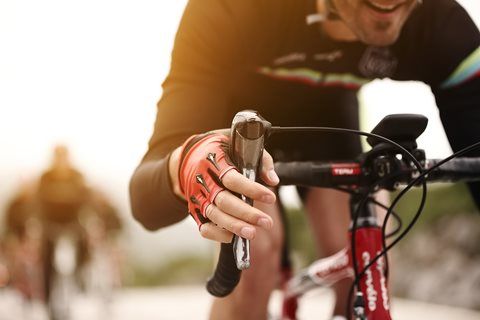 Cycling by São Miguel Island lagoons, green fields, extinct volcanoes and thermal hot springs is a once in a lifetime experience. This Bike tour in Azores is a great challenge for nature loving cycling enthusiasts.

A Bike tour in the Azores archipelago, voted best island destination of the world by National Geographic and located in the middle of the Atlantic Ocean, halfway between Europe and the USA. The 9 Azores Islands are the result of the outpouring of lava from the ocean floor, as it stands on the ridge between the tectonic plates of Eurasia and North America. Its sub-tropical climate, evergreen fields with luxuriant pastures, flowers, endemic flora and fauna make it a great destination for cycling enthusiasts who want to embark in a challenging adventure in one of the most unique and quaint destinations in the world. Cycling the island of São Miguel, the Azores’ biggest and most renowned island, you’ll ride in immensely scenic and great condition asphalt roads, passing by extinct volcanoes, lagoons, tropical forests, thermal and hot sulfur springs, climbing to viewpoints in Sete Cidades, Lagoa do Fogo and relaxing in the best hotels and thermal resorts in São Miguel.

Ride through the unspoilt natural beauty of this “garden” that sits in the middle of the Atlantic Ocean. Climb to the top of the volcanoes to be amazed by views of the Fogo and Sete Cidades lagoons. This island of eternal green vegetation, endemic flora and big ocean mammals, some of which can only be seen here in the Azores. These include various unique species of whales and plant life that attract many zoologists, marine biologists and botanists from all parts of the world.

Experience the tremendous variety of landscape, from the mild sunny beaches on the south coast, the green pastures of the central plateau, the rugged coastline of the north, the sub-tropical forests, the harsher volcano peaks of Fogo and Sete Cidades, the sulfur thermal hot springs, the tea plantations, to the alpine views inside the twin lagoons at Sete Cidades.

Go on a whale watch tour, be flabbergasted by the size and majesty of sperm and blue whales, walk the trails along the volcanoes, the lagoons and hot springs, surrounded by the deep blue color of the ocean and the almost fluorescent green of the pastures and forested areas.

With its trademark gastronomy, based on the tender meats and stews, the amazing fresh fish and seafood that are abundant in this part of the Ocean, as well as the surprisingly good white wines, local cheese and sweet pastries.

Transfer in from arrival airport to start of the tour and transfer out from end of the tour to departure airport
6 nights in charm 4 star hotels, in double/twin bedroom with breakfast included
Rental of a Road, Touring or MTB bike (Scott Addict 20 or Scott Aspect 930), helmet and spares;
Detailed briefing, bike fit and routebook provided before the tour by a local guide
Personal guide accompanying your group, providing restaurant reservations, booking of local experiences and all passenger transfers throughout the tour;
Support vehicle (SAG Wagon) throughout all the rides
Luggage transfer between hotels
Nutrition, hydration and snacks during our rides;
Garmin GPS with preloaded daily tracks
Access to the Live Love Ride app, that you can use to navigate and explore the best this tour has to offer
Personal accidents insurance during our tour
Portuguese mobile cellphone for contact with your local guide
Live Love Ride Jersey