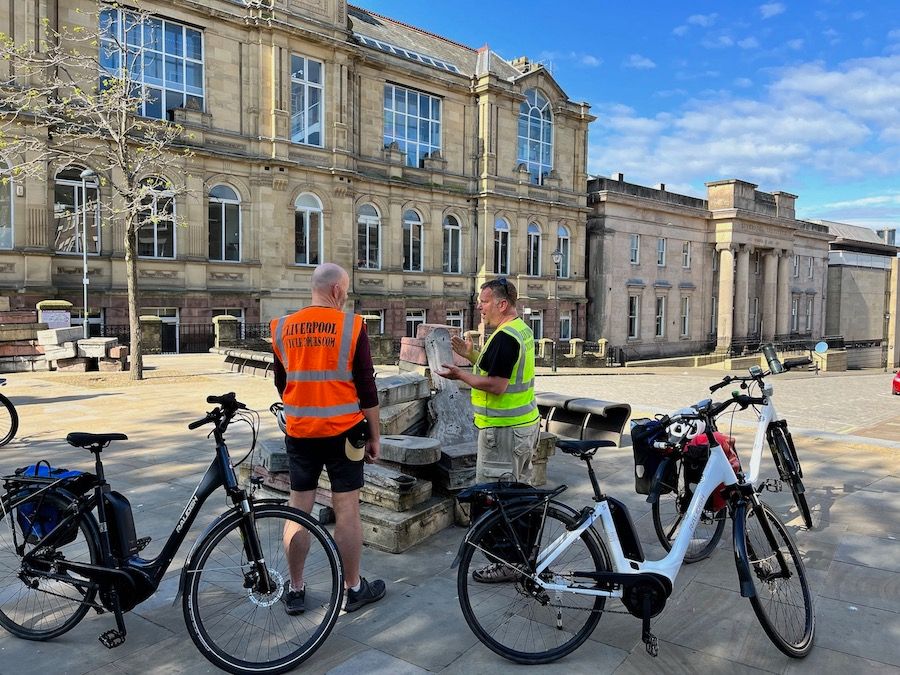 "Roll up for the magical mystery tour" goes the famous Beatles song. OK, the Beatles sights and locations around Liverpool are pretty well known - but not by us. Cycling down Penny Lane, towards Strawberry Fields and visiting Eleanor Rigby's grave brought much of the extensive Beatles catalogue to life.

The various locations around the city are well known but Liverpool Cycle Tours have cleverly woven them into a neat bike tour using bike paths, quiet roads and even parks. You'd hardly know you were in a busy city - although this was the day after Liverpool won the FA Cup so the city may have been a bit subdued with a few sore heads around!

Our first stop was around the corner from the massive and impressive Anglican Cathedral. This was a sculpture 'A Case History', recognising many Merseyside luminaries, not just the Fab Four. Popularly know as The Cases it is of, well a pile of suitcases. In the background is the Liverpool Institute for Performing Arts (LIPA) which was founded by Paul McCartney in his old high school. LIPA also took over the Liverpool College of Arts building - alma mater of John & Cynthia Lennon and Stuart Sutcliffe. 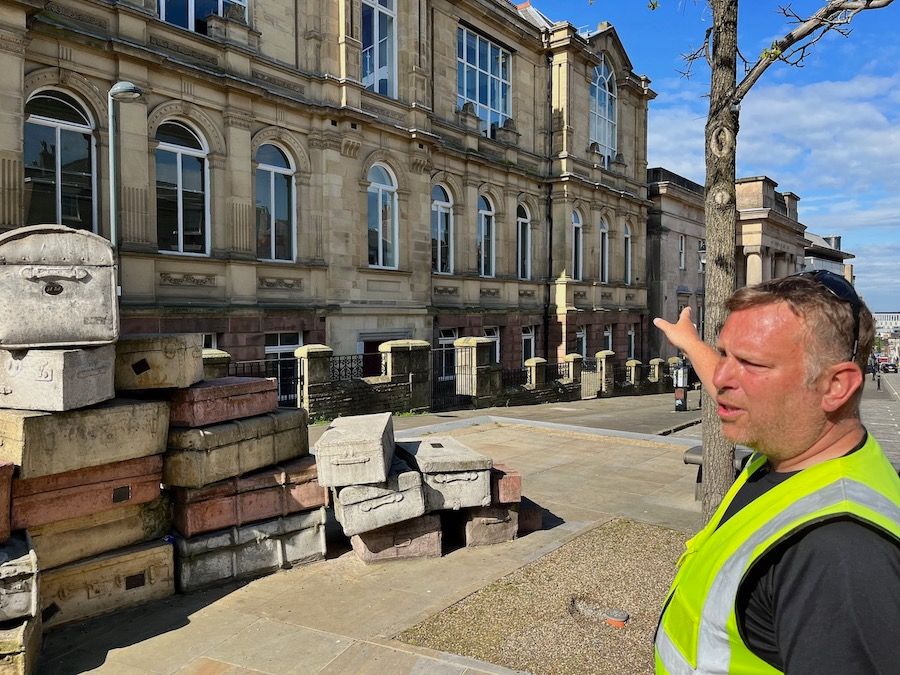 The tour continued with other past and present stories about the Beatles and their various haunts, houses and schools. Stuart Sutcliffe, Pete Best, Brian Epstein and The Quarrymen were not left out of a very thorough tour. 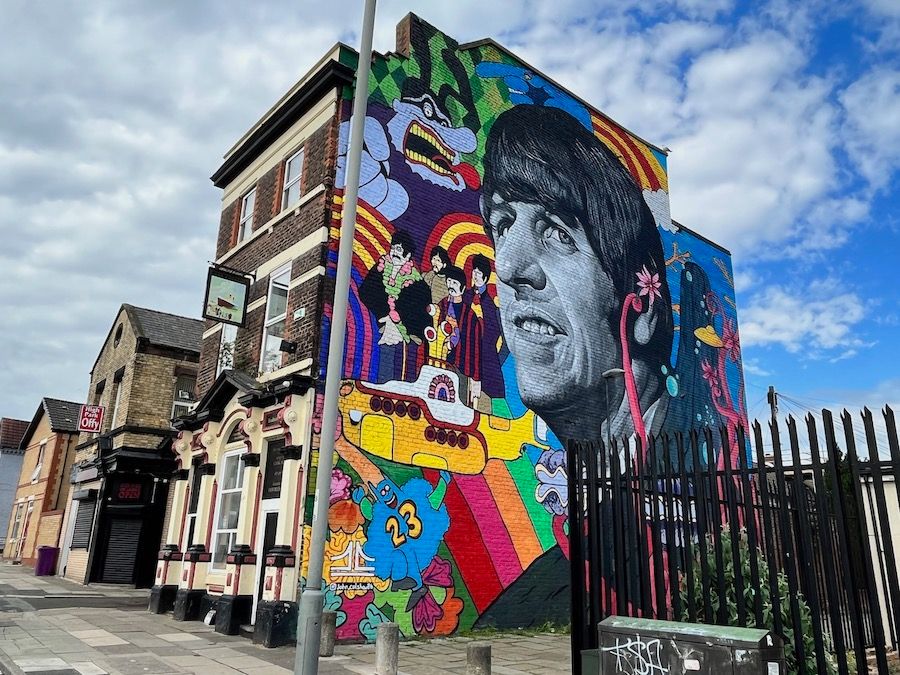 "Penny Lane is in my ears and in my eyes" was coming from a speaker on the back of our guide Phils's bike, as we rode down Penny Lane. This was a lovely addition to the tour and Phil was full of stories, even about the street sign which has become a tourist attraction but is sadly not well maintained by the local council. 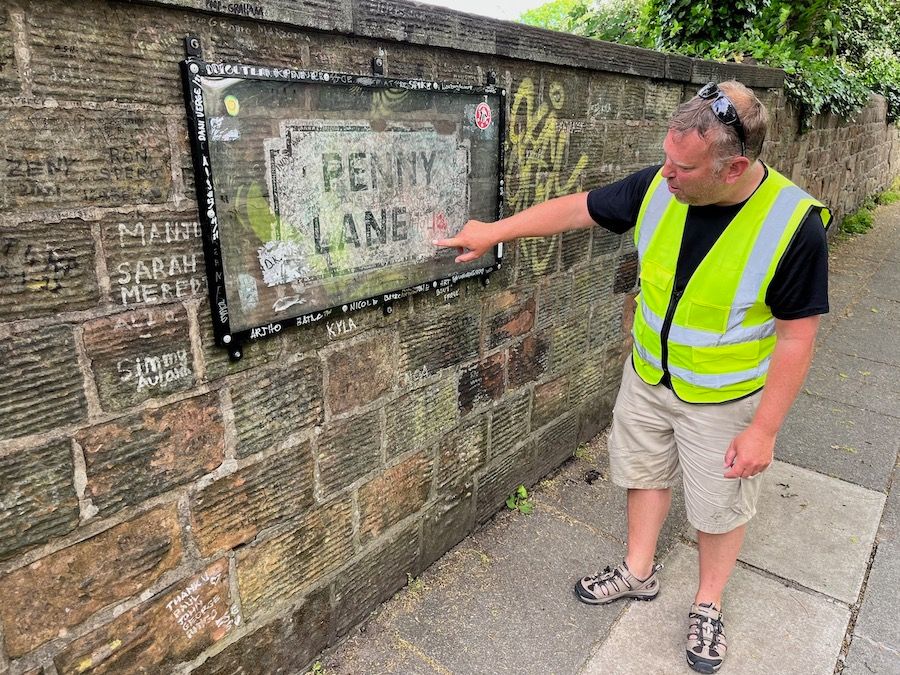 Phil is the owner of Liverpool Cycle Tours and is a local. He is full of stories and anecdotes - not just ones you can find online, but from family and friends who were there in the 50s and 60s (not him!) and knew John, Paul, George and/or Ringo. Phil is enthusiastic and cares deeply about his city and its legacy - he is also an environmentalist and a musician. 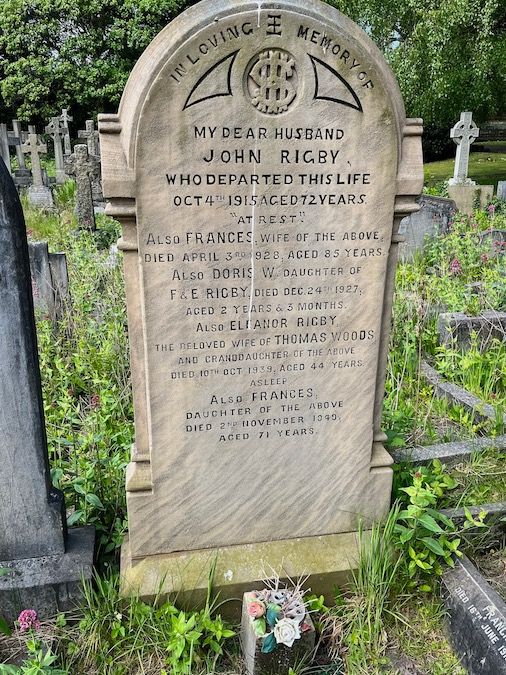 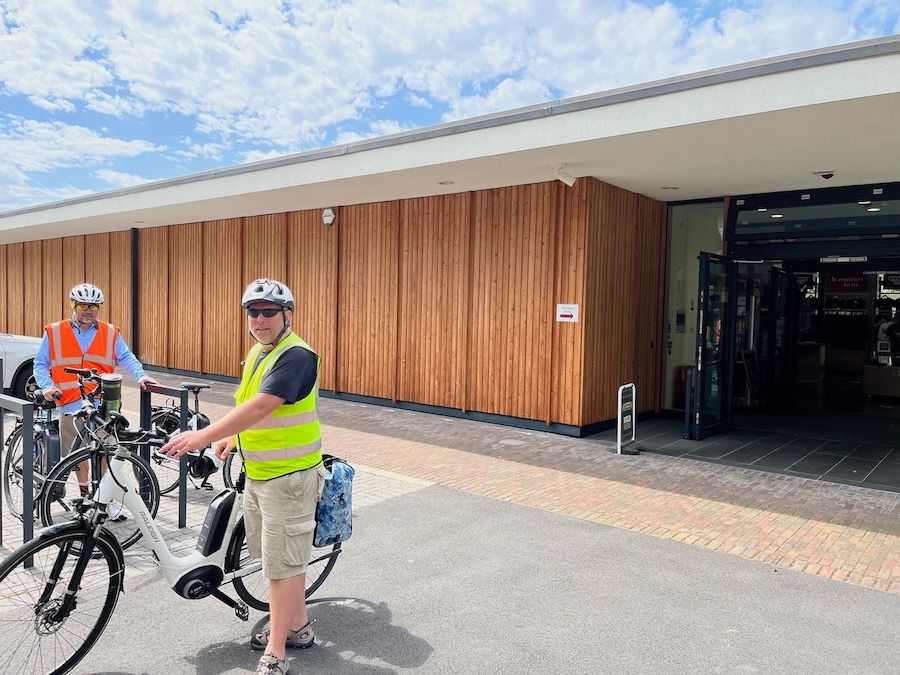 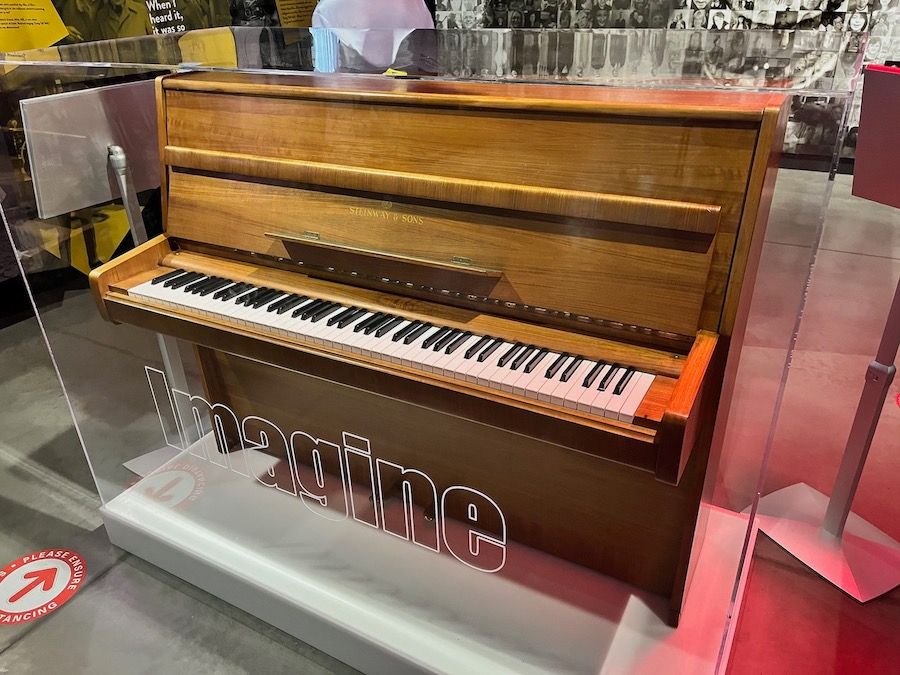 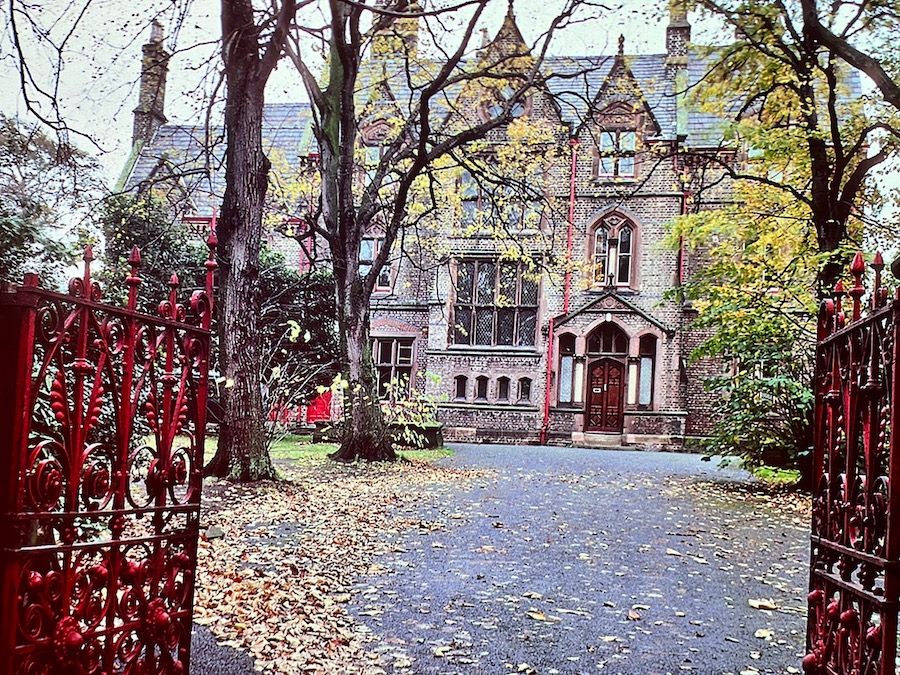 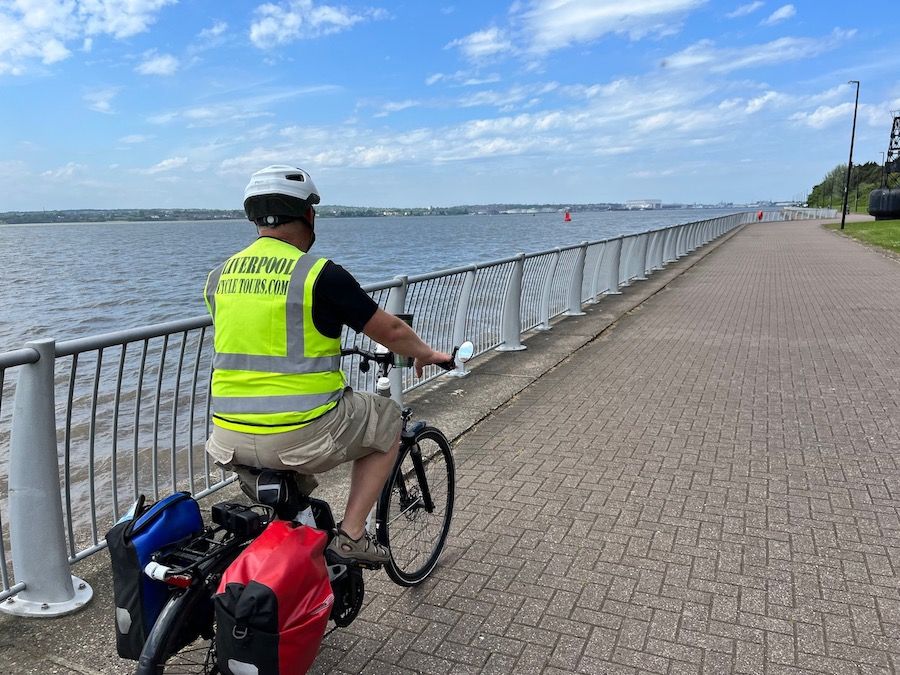 Liverpool waterfront ride back to the city | Cycle Tours Global

Liverpool Cycle Tours supplied excellently maintained electric bikes that made the whole tour very easy. I never got out of Eco mode but there were several higher levels of pedal assistance - not that the route was hilly or demanding at all. Phil even carries a spare battery on his bike for the highly unlikely event that there's a problem or someone runs out of charge!

What we didn't see were the Beatles statue and the Cavern Club, which is still pumping. These are in the city centre so easily done on your own. 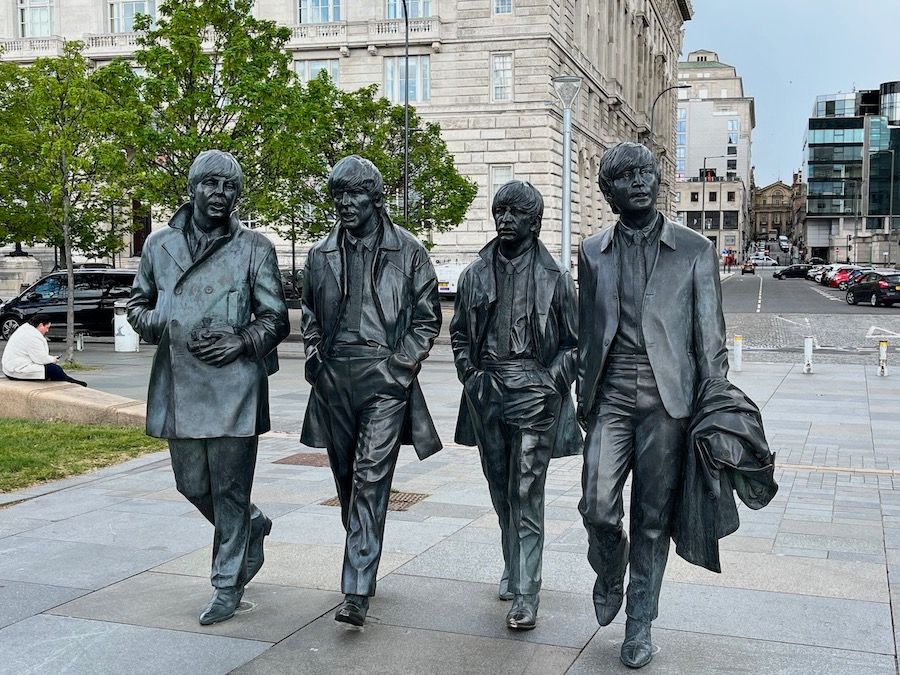 The author paid for his own tour with support from Liverpool Cycle Tours. 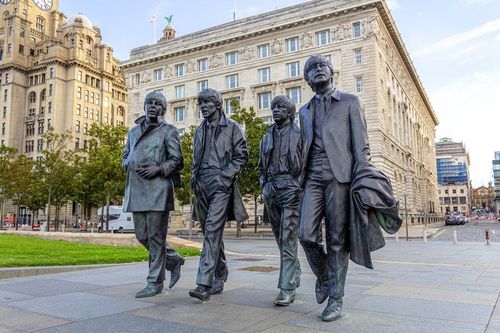 The Beatles Tour On E-bikes!

This is our NUMBER ONE tour and rated number 1 on Trip Advisor for the last 9 years! Come and get your “Ticket to Ride” on our fantastic electric pedal assist bicycles which take out all the hard work and enable you to fully enjoy the experience! This is a must for any Beatles fan! Taking in such sites as Penny Lane, Strawberry field and many more! The tours start at 09:30 & 14:00 every day and last 3.5 hours. From the 2nd May to 31st August there is also a 2pm option (we can also open more 2pm slots if you get in touch!).

Go wild with ‘Beatlemania’ on this 3.5-hour bike tour of The Beatles’ Liverpool. Lead by expert guide you will soak up everything to do with The Beatles and what Liverpool has to offer being the birthplace of the Fab Four! Lots of opportunities for photos so that the tour can be relived time and time again! Create memories of a lifetime for any Beatles fan!