Pedal and Sea Adventures is a small— but mighty!— company run by one of Nova Scotias most experienced adventurers. Dana Gallant has been organizing bike tours in Atlantic Canada since the early 1990s at which time he  established Pedal and Sea Adventures. Dana wanted to share one of the world's best places with travelers in need of a little RR.... Riding and relaxation, that is!

It began with Nova Scotia, the Canadian province where Dana has decided to hang his cycling helmet, even though he could run his bike tours from any number of exotic locales. But Dana likes living there. And when he established Pedal and Sea Adventures, Nova Scotia is the place he first wanted to show people.

Pedal and Sea Adventures has grown from humble beginnings to become an international concern.

It's the personal touch. Dana and his staff are overflowing with courtesy, respect and friendliness. Their personable guides treat people as they would like to be treated. You're on vacation, after all!

"We promise that you will make rich memories when you book with us - enough to last a lifetime!" 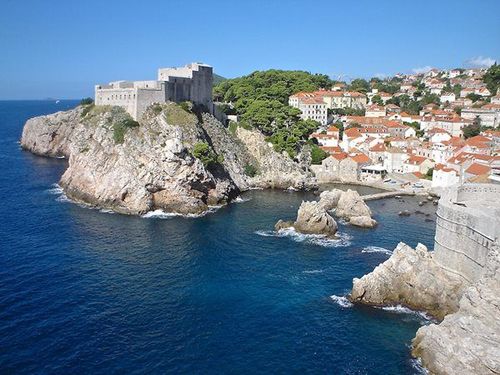 This tour begins in the Pearl of the Adriatic, the southern city of Dubrovnik. On the first day, we explore Dubrovnik’s old town, a UNESCO World Heritage site — Game of Throne fans will recognize its old city walls as King’s Landing. From here we cycle the Pelješac peninsula, home to some of the country’s best wineries, and the stunning islands of Korčula, Hvar and Brač before we head to the mainland and hop from Omiš to Split then Trogir. A moderate fitness level is recommended for this tour; there are some demanding climbs, but each comes with a relaxing downhill ride to match. Electric bicycles are available on request. 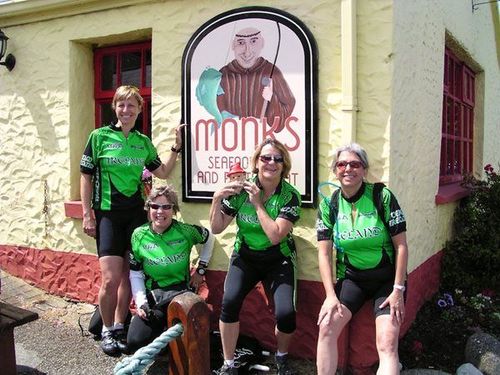 An 8-day cycling adventure through the Emerald Isle

Let Pedal & Sea Adventures guide you through Ireland on a magical bicycle tour. Ireland is a country of prehistoric graves, crumbling fortresses, and ruined monasteries that are nestled against a vibrant green backdrop that remains as it has for untold centuries - breathtakingly beautiful! You will bike through soft green fields, along awesome cliffs, and beside the beaches of Connemara. Yet the heart and the music of Ireland will never be more than a stone's throw away. 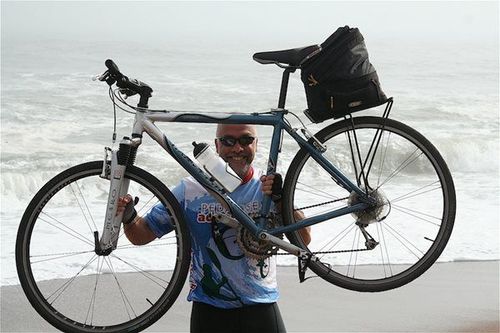 A 7-day cycling tour exploring the coasts of Nova Scotia

This bike tour will appeal to travelers who want to get in few more miles during the week, and see more of the province while they're at it. Our Best of Both Coast Tour will have you cycling both the Lighthouse Route along Nova Scotia's South Shore, and the Evangeline Trail which runs parallel to the incomparable Bay of Fundy. 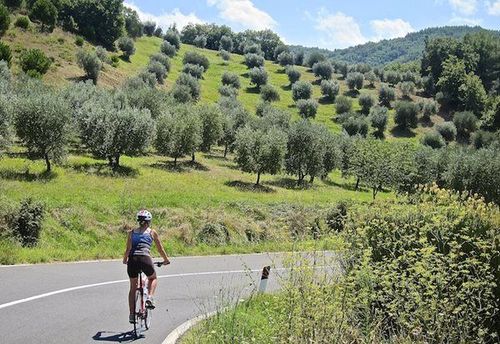 For a truly unique vacation, let Pedal and Sea Adventures introduce you to a world of history, beauty and amazing culinary riches during our bicycle tour of Tuscany. After exploring Florence - considered the loveliest city in all of Italy - on your own, we'll guide you south through Chianti country enroute to Pienza. Along the way we will pass through the charming towns of Greve, San Gimignano, Siena, and Montalcino - to name just a few of the best known. Our itinerary provides ample opportunity to explore the incredible places you will be encountering, and to taste food and wine so savory and fresh that it will make you weak in the knees. Tuscany will always be known for its gastronomic abundance and celebration of life. 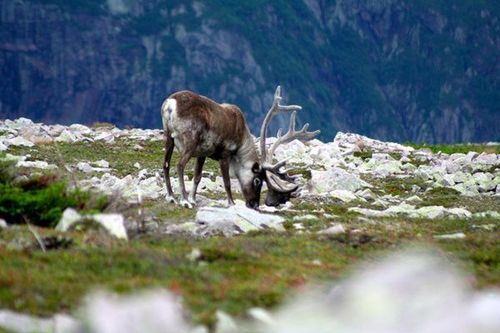 A seven-day cycling tour of the Viking Trail

Our Newfoundland bicycle tour is one of our favorites. This is the far east of the western world. Where science and beauty collide, providing a land that is both breathtaking and somehow humbling, too. 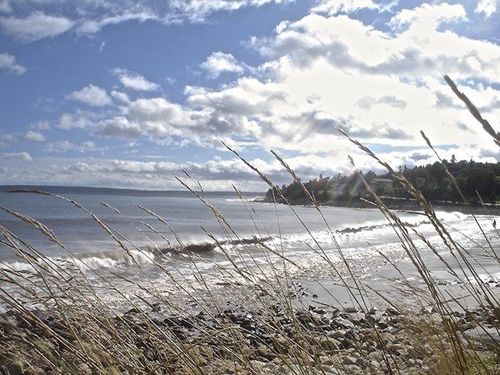 Nova Scotia's Best of Both Coasts

A 7-day self guided cycling tour through Nova Scotia

You will wind your way through several lovely towns, including Chester, Mahone Bay and Lunenburg, a UNESCO World Heritage site. You'll never be far from the Atlantic Ocean, still plied by fisherman in brightly-painted wooden dories, working the nets just as their forebears have for generations. And then you will make your way over to the Evangeline Trail and Annapolis Royal, the town that marks France's formal colonization of Canada. Amazingly, Samuel de Champlain and Sieur de Monts would find that little has changed on the coastline they explored and settled more than 400 years ago 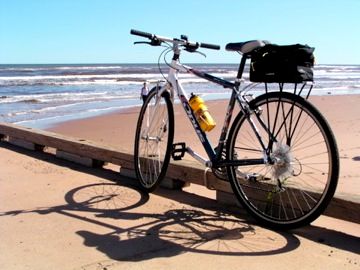 A 6-day cycling tour through Anne of Green Gables country

Let Pedal & Sea Adventures show you one of Canada's national treasures, our tiniest province known to many as the setting for Anne of Green Gables. Prince Edward Island is affectionately known as The Million Acre Farm, and our route will have you cycling through a riot of color: verdant pastures that stretch out to scarlet cliffs which drop into azure waters .And it won't matter if you're not the most proficient photographer; in PEI, it's almost impossible to take a bad shot. As with every Pedal & Sea Adventure, we'll be spending every night at a fabulous country inn, and we'll feast on all the famously fresh Prince Edward Island foods: potatoes, strawberries, and - of course - lots of fresh seafood! We'll taste the best that the island has to offer, and that's saying something. 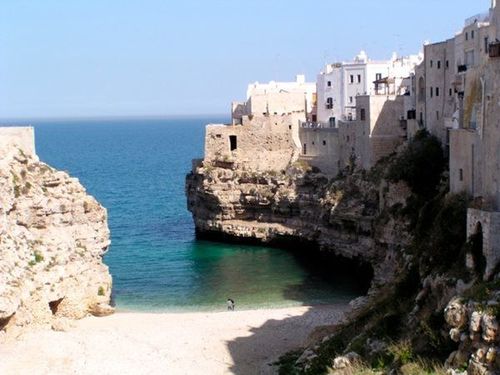 We love venturing off the beaten path... discovering ancient footpaths and isolated villages, seeing the Italy Hannibal knew, and tasting truly authentic food. This is the Puglia that awaits modern-day adventurers.

Puglia, possibly Italy's least familiar region, is now being touted as the next Tuscany. This is an ancient world, and the hills and small coastal towns are steeped in history. Located on the Eastern Coast, deep in the heartland of Greek mythology, Apulia does have a distinctly Greek feel, but its ruins also feature Gothic and Byzantine architecture, among others. What better way to explore this mysterious region of olive groves and emerald waters than by bike? You'll cycle past castles both small and grand, and old stone trullo dwellings. You'll swim in the Adriatic and Ionian Seas and view the Strait of Otranto. You'll sleep in ancient masserias' fortified country homes renovated into elegant inns - and explore cities whose histories stretch back thousands of years. You may even imagine you're no longer in Italy at all, but instead in some bewitching fairy tale. 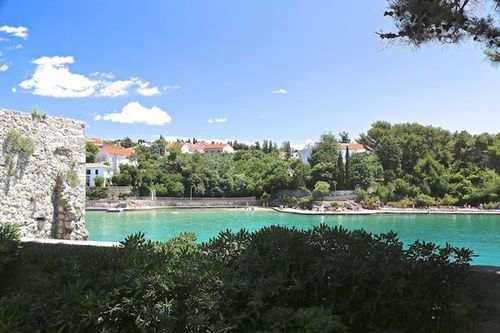 An 8-day cycling tour in the northern Adriatic

The historical port city of Rijeka is where we start and finish the tour, cycling across nature-filled islands. Wildlife fans will love this tour: On the island of Cres, you might spot griffons, while on Molat we pass a marine-protected area for dolphins. Another highlight is the ride across Dugi Otok, the largest island in Northern Dalmatia. Its one main road crests the top of the island offering spectacular 360-degree views of the Adriatic. This tour is suitable for all fitness levels. Electric bicycles are available on this TOUR

One of Canada's national treasures, Prince Edward Island is our tiniest province - and it's known to many as the setting for Anne of Green Gables. It is affectionately known as The Million Acre Farm, and our route will have you cycling through a riot of colour: verdant pastures that stretch out to scarlet cliffs, which drop into azure waters. And it won't matter if you're not the most proficient photographer: In P.E.I., it's almost impossible to take a bad shot.