‘Making it possible’ is Huw Kingston’s reason for being. He sees endpoints and then moves heaven and earth to reach them.

He rarely reads novels, has to be dragged along to the movies, is happier reading newspapers than watching the latest fictional TV show. If it’s not real, it doesn’t float his boat. That’s not to say he doesn’t have fanciful dreams and big ideas. The difference with Huw is that they don’t just percolate around in his mind. He makes them manifest. Living. Three dimensional. Possible.

Huw is an adventurer, speaker, entrepreneur, former cafe owner, event director, environmentalist, writer, ski guide, mountain bike guide, tour leader, parliamentary candidate and grandfather. This leaves him never short of a story to tell. And he does so with passion and humour.

Whether organising an out there expedition, running a complex sports event or galvanising a community campaign, Huw has the ability to engage others with his dreams to make them possible. 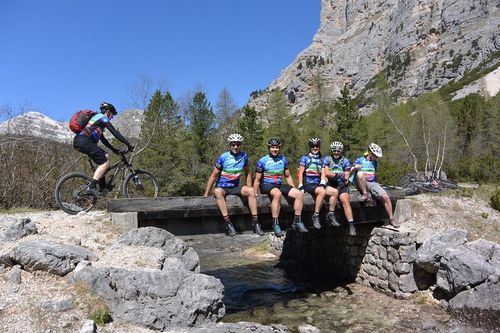 Why wouldn’t you want to mix it all up with some fun and at times challenging mountain biking?

Biking the Boot is an incredible 3-week trip that starts with an 11 day MTB tour crossing the country from near Roma in the west, to Romagna in the north east through the Apennine hill country. We ride through Umbria, Tuscany, and finish in the Emilia-Romagna region. Then we head up into the Alps and spend 6 days traversing the magnificent Dolomites from Cortina to finish in the mountain bike town of Riva Del Garda at the head of Italy’s largest lake. In total we ride some 800km.

Huw has been running Biking the Boot since 2012 but, like all international tours in the pandemic, they had to press the pause button these recent years. But it’s back in 2023, with a few twists and turns – a bit like the ride itself. This includes bikepacking the first 11 day stage through the Apennines. 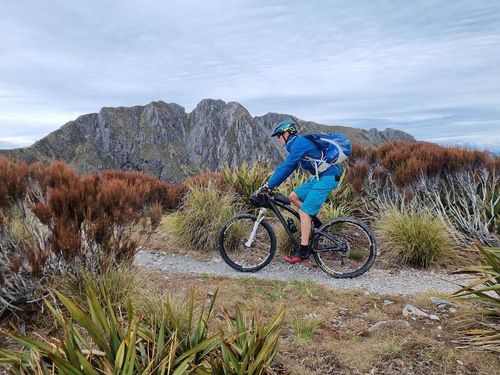 One hell of a week’s mountain biking with some of the best Kiwi singletrack and touring on offer.

In the latest version of his Sweet South Island Singletrack tour, join Huw Kingston on this mountain biking journey from east to west and back again.

We’ll warm up on the trails around Christchurch then head out to ride and explore the trails of the Craigieburn forests before riding the incomparable Old Ghost Road. We spend two days and one nights on the trail riding, exploring and enjoying every metre of hand built mountain bike trail magic.

After all that enjoyment and exertion we'll head to Hanmer Springs for some hot spring relaxation (and more singletrack of course!) riding the St James trail before the tour finishes in Christchurch.

Comfortable twin share accommodation and mountain huts will be there at the end of each day as we rest up, reflect and refill.

The Sweet South Island Singletrack Adventure is graded challenging. You will need a very good level of fitness and some technical mountain bike skills both ascending and descending. Although the tour is fully supported there are 3 days of the tour where there is no vehicle access and you must be comfortable riding 6-8 hours per day in all weather conditions. We are not looking for skills in jumping gaps, drops or features but you do need to be comfortable riding single track which will be rocky, sandy, muddy, rooty or a combination.