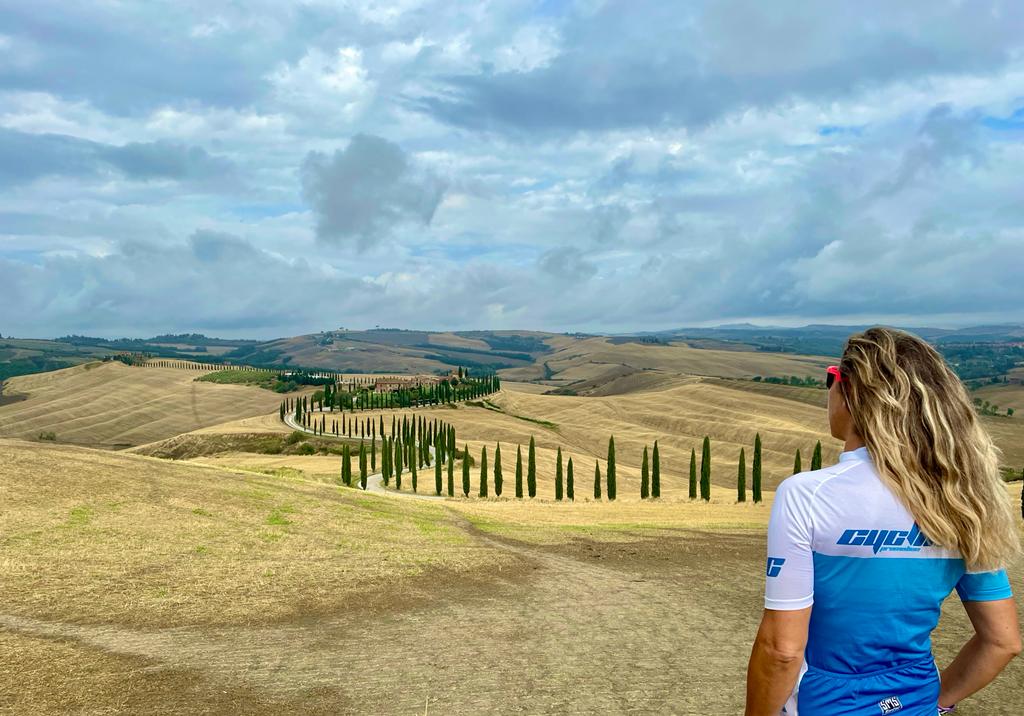 Enjoy this special cycling holiday in the heart of Italy to discover Gino Bartali’s epic route, from Florence to Assisi, and Tuscany’s most memorable stages on L’Eroica and Strade Bianche grandfondos.

The first part of the week will be dedicated to the inspiring story of Gino Bartali, narrated in the famous book Road to Valour, by Aili and Andres McConnon: not only one of the strongest cyclists at Tour de France and Giro d’Italia, but an underground hero during the Second World War. Reviving his journey, from his house in Florence Ponte Ema to Terontola train station, we will visit Bartali’s Museum and ride the same route along which Gino saved the life of many Jewish people during the second world conflict, carrying forged identification documents in the tubes of his bicycle. Our journey will then head to the magnificent city of Assisi, UNESCO World Heritage Site.

The second part of the week will take us across two more UNESCO sites, the marvelous Val D'Orcia all the way to Siena. We all have in mind those Tuscany postcard-like dirt roads, running between lines of cypresses, surrounded by vineyards of famous Brunello di Montalcino, Montepulciano and Chianti red wines, and set of the L’Eroica, Strade Bianche and Giro d’Italia most incredible stages. Add to this the epic winding road, set of Millemiglia historic car race, arriving at San Quirico d’Orcia and you will live the true spirit of Italy, while a triumphant entrance in Siena main square, set of the Palio delle Contrade historical horse race, and finish line of Strade Bianche will be the well-deserved “grand finale” of this unforgettable week with Ital Cycling.

This tour can be organized private for any number of participants.

A great tour that includes history (Bartali), classic Tuscan town's (Assisi, San Quirico d’Orcia, Montalcino, Sienna, etc.), culture (wine tasting and pasta cooking class) and cycling lore ( L’Eroica and Strade Bianche) expertly guided by a great team who took care of all the details, including equipment, lodging, meals, and knowledge of the local area. They are also a great group of Italians to spend the week with. I would highly recommend Ital Cycling and their Bartali Tour.